Meribeth Blackwell turned to MyHeritage for information about her birth mother after years of fruitless and frustrating searching.

When then-19-year-old Angie Oracoy gave her newborn baby daughter up for adoption in 1986, she cried, thinking she was making the right decision for the child, but not knowing if she would ever see her again.

The daughter that she gave up for adoption, Meribeth Blackwell, was told at age 6 that she was adopted at birth. She loved her adoptive parents, but always wondered who her real mother was, and if she would ever meet her. 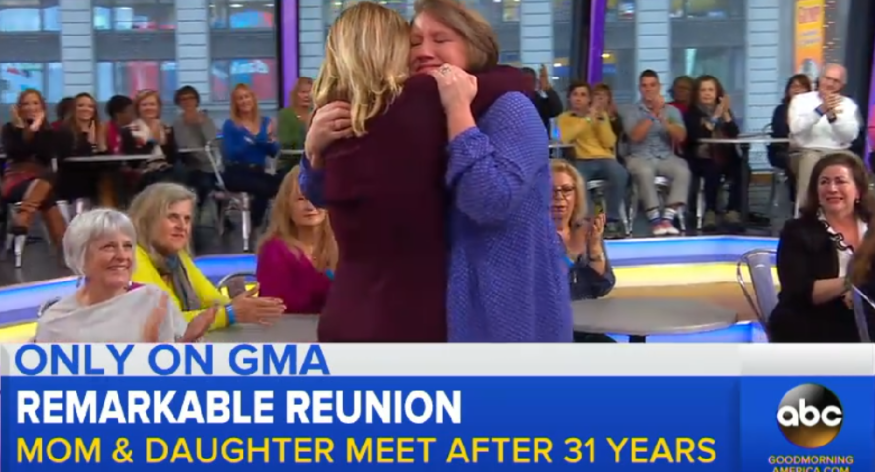 The two lived only 5 hours apart, and longed to see each other, but neither one knew how to find the other, because birth and adoption records are private in Louisiana. That’s where MyHeritage, a leader in DNA testing kits and family heritage tracking, came into the picture.

After years of failed online searches and frustration, Blackwell, now 31, with three children of her own, decided to try a DNA test. While many DNA testing providers will merely give you an ethnic breakdown, MyHeritage also has a massive database of information to connect you with other ancestors and relatives.

Oracoy had also done a MyHeritage DNA test to find out more about her roots, and with the slim hope that she might find her long lost daughter. When Blackwell logged on to the site to see what the results of her DNA test were, she found that Angie was listed as her birth mother.

The two began texting and were finally reunited after 31 years on a special Good Morning America segment shortly thereafter.

“Oh my gosh, you're so beautiful,” Angie said repeatedly, crying as she hugged her daughter for the first time on the Good Morning America set. She described how she had wanted to hold her when she was born, but hadn’t been able to.

“I heard her cry and they were coming to bring her over to me and then someone in the room said, ‘No, no, no, she’s putting her up for adoption,’” Oracoy said. “So they took her.” Oracoy added that she snuck a peek at her daughter in the nursery as she was leaving the hospital.

“I really believed in my heart that she could have a family that could support her and that I did not have to offer her,” said Oracoy, who now has 3 other children. “I think I cried for, I don’t even know, a long time.”

Angie had also never met her grandchildren, Meribeth's 3 children, Jackson, Matthew and Lilian, who surprised her on the Good Morning America set.

Meribeth also received an additional surprise as she was introduced to her siblings, Reid, Briana and Grayson, for the first time.

"I grew up as an only child, so to know that I have siblings that I wished for at Christmas every year is wonderful," Meribeth said.

Both Angie and Meribeth said that their remarkable reunion was all made possible by MyHeritage.

Watch it all here:

Visit MyHeritage to learn more about DNA tests, uncovering relatives and learning about the lives of your ancestors.